Roger, we need a new scale for the chart.

The latest data for U.S. Federal deficit through June 2020 is shocking. Here is a visual: 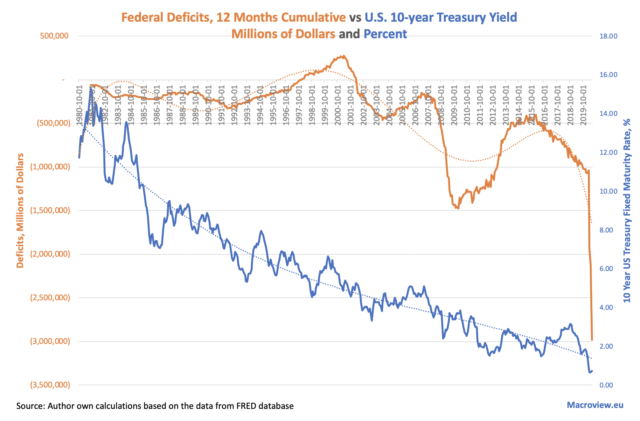 June deficit was a whopping $864.07 billion, the largest on record. This brings Trump’s 1-term cumulative deficits to a staggering $5.105 trillion, far in excess to the $3.52 trillion average for Obama’s term deficit. 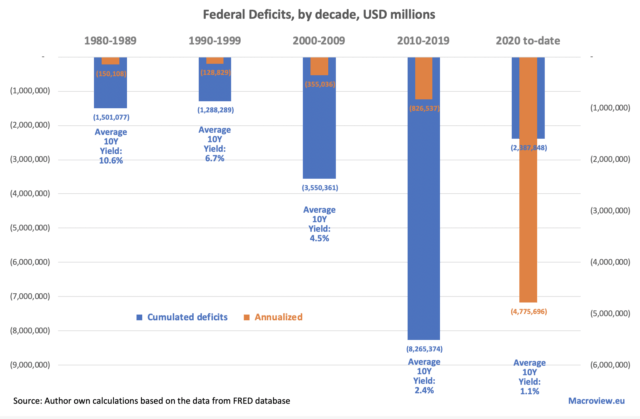 The sheer scale of fiscal spending is frightening! No question, this is an emergency situation, but do observe that since 1980 through today, the U.S. hasn’t seen a single decade of balanced fiscal policies. And within the next two months, the U.S. Federal deficit for 2020 alone will be in excess of the combined deficits accumulated in two decades between 1980 and 1999.