The Groundwork Is Laid For A New Nuclear Deal…

Oil prices tanked in the wake of President Trump’s speech on January 8th. Iran’s retaliatory bombing mission did not result in any deaths or injuries of Americans in Iraq. And Iran had “concluded” its response and appeared to be standing down.

That took away motive to strike back militarily, which was clearly what Iran wanted. Iran had reportedly warned Iraq and the militaries of Finland and Lithuania in advance, which gave them time to move to shelters or leave the base-and to notify the Americans. 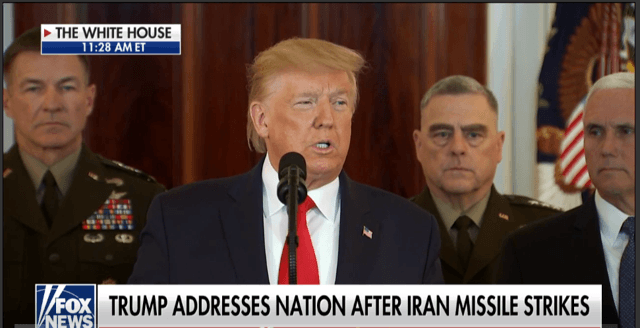 Good morning. I’m pleased to inform you: The American people should be extremely grateful and happy no Americans were harmed in last night’s attack by the Iranian regime. We suffered no casualties, all of our soldiers are safe, and only minimal damage was sustained at our military bases.

Our great American forces are prepared for anything. Iran appears to be standing down, which is a good thing for all parties concerned and a very good thing for the world.

No American or Iraqi lives were lost because of the precautions taken, the dispersal of forces, and an early warning system that worked very well. I salute the incredible skill and courage of America’s men and women in uniform.”

President Trump noted that the U.S. has become “energy independent,” and that has changed the strategic priorities of the United States. This is how he could tell Saudi Arabia that the U.S. would not fight their wars with Iran, which in turn, created the impetus for KSA to begin negotiating a de-escalation of hostilities with Iran, as I discussed in this article.

Over the last three years, under my leadership, our economy is stronger than ever before and America has achieved energy independence. These historic accomplishments changed our strategic priorities. These are accomplishments that nobody thought were possible. And options in the Middle East became available. We are now the number-one producer of oil and natural gas anywhere in the world. We are independent, and we do not need Middle East oil.” 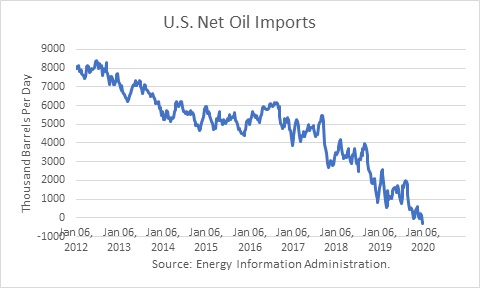 President Trump made an offer to make a new deal with Iran and the other members of the Joint Comprehensive Plan of Action (JCPOA), known as the Iran nuclear deal:

The very defective JCPOA expires shortly anyway and gives Iran a clear and quick path to nuclear breakout. Iran must abandon its nuclear ambitions and end its support for terrorism. The time has come for the United Kingdom, Germany, France, Russia, and China to recognize this reality.

They must now break away from the remnants of the Iran deal — or JCPOA — and we must all work together toward making a deal with Iran that makes the world a safer and more peaceful place. We must also make a deal that allows Iran to thrive and prosper and take advantage of its enormous untapped potential. Iran can be a great country.”

If a new deal can be reached, it would result in U.S. sanctions being lifted. The four points of a deal had been brokered by French President Emmanuel Macron back in October, and they were:

Iran will never acquire a nuclear weapon” and will “fully comply with its nuclear obligations and commitments and will accept a negotiation on a long-term framework for its nuclear activities.” It would also “refrain from any aggression and will seek genuine peace and respect in the region through negotiations.”

The US would in return lift sanctions on Iran.” 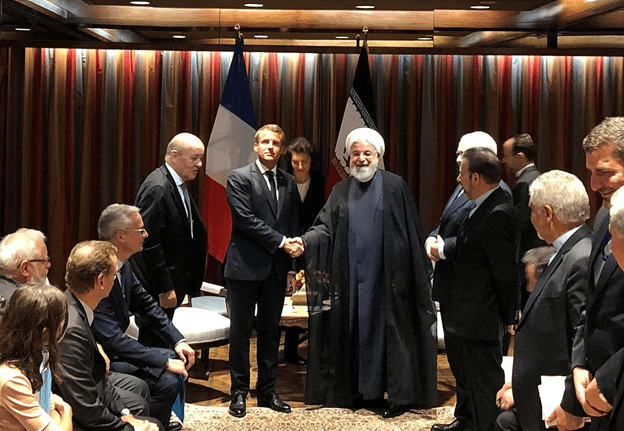 If the sanctions are lifting, Iran could bring about 1.7 million barrels per day back into the world oil market. Saudi Arabia has committed to limiting its production to 9.7 million barrels per day for the 1Q20. Since it is just about the only country, besides Kuwait and the Emirates, that could or would reduce production, Saudi output would have to go down to about 8 million – a number the previous Saudi oil minister, Khalid Al-Falih, said they would not do. Otherwise, oil prices would collapse for a while. 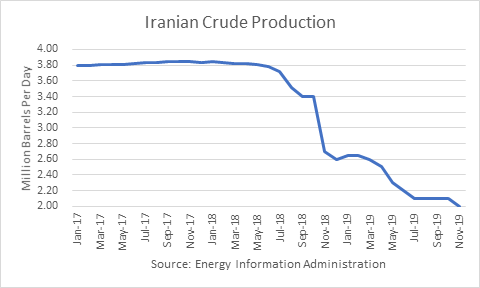 With the U.S. presidential election in November, Trump has a big incentive to get the new nuclear deal settled, since he made the deal such an issue in the 2016 election, claiming it was a bad deal and he could do better. He also wants gasoline prices low if possible to keep the economy going.

Iran backed down from the conflict with the U.S. And its economy would greatly benefit from having the sanctions lifted. Conditions appear ripe for the new nuclear deal to be settled in 2020.

To guide investors who are interested in profiting from outstanding opportunities in the energy sector, I provide a service on Seeking Alpha’s Marketplace oriented toward individual investors, Boslego Risk Services. A long/short Model portfolio is continuously updated, along with on-going analysis of the oil market.

I am now accepting new members to Boslego Risk Services and invite you to sign-up. There are monthly and annual pricing options as described here. You may also read reviews posted by members here.