Welcome to our Cannabis Earnings series where we break down the latest earnings to help you focus on the most important topics.

Curaleaf (OTCPK:CURLF) is closely watched by investors as the biggest cannabis company in the U.S. by market capitalization. We think Curaleaf will maintain its market leader position and the pending acquisitions serve as the biggest catalysts for the stock in 2020. If these deals go through, we think the company will benefit from a bigger scale and greater efficiency. On the other hand, the biggest risk to Curaleaf’s growth story is also related to these deals. Without these acquisitions, Curaleaf is looking to run out of growth after 2020 which begs the question of whether its current valuation of 11x EV/Sales is too high. 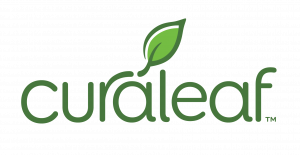 (All amounts in USD)

Curaleaf reported 2019 Q3 results and demonstrated another quarter of solid gains. The company grew revenue by 27% to $62 million while gross margin expanded 200bps to 56% from the previous quarter. The growth in revenue was driven by organic growth in Florida and New York while new acquisitions also contributed from Arizona and Maryland. Curaleaf closed its acquisition of Glendale during Q3 and it also closed the acquisition of Acres in early 2020. The company began adult-use cannabis operations in Massachusetts and is expected to expand its presence there significantly. Currently, Curaleaf operates two dispensaries in MA and is expected to open another two in 2020.

Curaleaf previously guided 2019 revenue of $400 million which was abandoned recently. The 2019 year-to-date revenue stood at $146 million which reflects the delayed closing of key acquisitions of Select which generated $117 million of revenue in 2018 alone. We think the closing of pending acquisitions of Select and Grassroots could drive significant top-line expansion and revenue and cost synergy opportunities.

Curaleaf reported a positive EBITDA of $9 million which is a welcoming sign for the cannabis sector. Its capital expenditures also declined to $16 million this past quarter. The company has been disciplined with its corporate expenses and we view this achievement as a milestone for Curaleaf. We expect the company to look very different once it closes its pending Select and Grassroots acquisitions. While it is difficult to estimate the impact of these deals because they are both private, we think investors will watch closely pro forma growth metrics and margin. Select has lower margins but there could be massive synergies from expanding distribution partnerships.

Florida is another key growth market for Curaleaf as it was one of the first few license holders to begin operations in the state. After 6 openings in 2019 so far, Curaleaf operates 26 dispensaries in Florida at the moment. The Florida operation is supported by a 24,000 sq ft indoor growing facility and a 278,000 sq ft greenhouse growing facility. We expect Curaleaf to continue investing in Florida until it reaches the max number of stores allowed per license.

Curaleaf reported Q3 cash of $91 million which appears sufficient given its recent levels of capital spending. Post Q3, the company announced a $275 million senior secured term loan facility with an interest rate of 13%. Pro forma the new financing, Curaleaf will have one of the largest cash balances in the U.S. cannabis industry. The company has a market capitalization of $2.8 billion and trades at an EV/Sales of 11.5x. The stock is expensive relative to some U.S. MSOs as its share price has fared better than most peers in the current downturn. However, it is trading in-line with select peers including Cresco Labs (otcqx:CRLBF) and Acreage Holdings (otcqx:ACRGF). We think Curaleaf’s premium is justified given its industry-leading footprint and strong balance sheet.

Curaleaf has stayed ahead of most of its peers because it has maintained a conservative spending history that saved it from the current downturn. Notably, two other peers have suffered greatly after financing fell out. MedMen (otcqb:MMNFF) is the best example of overspending and liquidity crunch. Harvest Health (otcqx:HRVSF) has also suffered from challenges with its funding plan. We think Curaleaf’s ability to obtain non-dilutive financing will solidify its market leader status and the pending acquisitions will deepen its competitive edge over its peers. It is worth noting that Curaleaf recently revised the terms for its pending Select acquisition. Both parties – and they are related – agreed to reduce the shares to be issued from 95.6 million Curaleaf shares to 55 million, which largely mimics the decline in Curaleaf’s share price since May. Select shareholders will receive additional payments based on certain revenue thresholds starting at $130 million.

We think Curaleaf is undoubtedly one of the leading cannabis companies in the U.S. at this point. The company has the largest market capitalization and will obtain one of the largest footprints once its pending acquisitions close in the new year. More importantly, the stock has weathered the current downturn relatively better because of its prudent capital spending and strong execution on the financing front. Looking ahead, the biggest catalyst for the stock will be the closing of announced and pending transactions. Also, any improvement in investor sentiment towards the cannabis sector will certainly benefit Curaleaf. We expect the company to continue its recent momentum and achieve greater profitability over time benefiting from the economy of scale.