Insider Weekends: Another Director Purchases Over $10 Million Of…

Sell/Buy Ratio: The insider Sell/Buy ratio is calculated by dividing the total insider sales in a given week by total insider purchases that week. The adjusted ratio for last week went up to 40.08. In other words, insiders sold more than 40 times as much stock as they purchased. The Sell/Buy ratio this week compares unfavorably with the prior week when the ratio stood at 6.24. 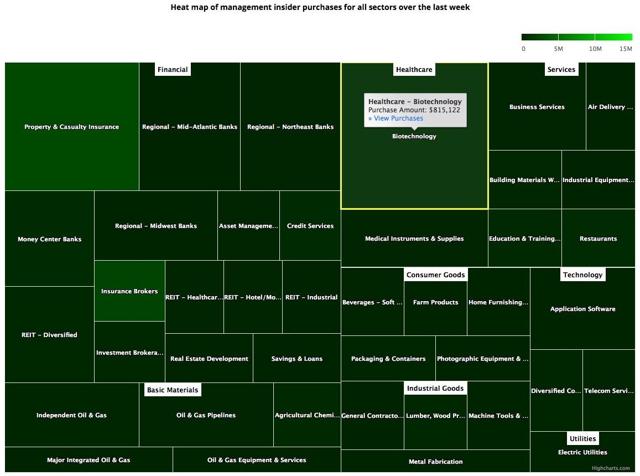 Note: As mentioned in the first post in this series, certain industries have their preferred metrics, such as same-store sales for retailers, funds from operations (FFO) for REITs and revenue per available room (RevPAR) for hotels, that provide a better basis for comparison than simple valuation metrics. However, metrics like Price/Earnings, Price/Sales and Enterprise Value/EBITDA included below should provide a good starting point for analyzing the majority of stocks.

Mr. Paddick is the CEO of private equity firm Columbus Capital and was previously the founder and CEO of Columbus International, a tele­communications company, which operated in over 42 countries in the greater Caribbean, Central American and Andean region. Columbus International merged with Cable & Wireless Communications in 2015, and the combined company was then acquired by Liberty Global in 2016. He has served on the board of LILA since January 2018.

He has exercised options of LILA several times since July 2018 without selling them, and this is the first open market purchase of LILA. We wrote the following about LILA earlier this year after another Director, Eric Zinterhofer, purchased nearly $20 million worth of stock:

Bermuda based LILA was spun out of John Malone’s Liberty Global in January 2018 and later that year acquired the 40% stake it did not already have in Libery Cablevision of Puerto Rico from Searchlight Capital Partners. Eric Zinterhofer is a founding partner of Searchlight Capital Partners and married to Aerin Lauder, the billionaire heiress and grand daughter of Estee Lauder.

LILA operates in 21 consumer and 30 B2B markets in Latin America and the Caribbean. Over the last year its stock has dropped more than 20% even as Comcast has seen its stock appreciate by more than 20% over the same time period. While both revenue and operating income have been growing, the company has been reporting a string of losses on account of high interest expenses, currency impacts and unusual items. Free cash flow was however positive in both 2018 and the trailing twelve months because of high depreciation and amortization expenses that exceeded CapEx.

The company reiterated its operating cash flow guidance of $1.525 billion for 2019 when it reported Q2 2019 results earlier this month and increased its adjusted free cash flow guidance from about $125 million to approximately $150 million. With nearly $6 billion in net debt on the balance sheet an Enterprise Value approaching $9 billion, the company trades for just under 6 times expected 2019 operating cash flow. 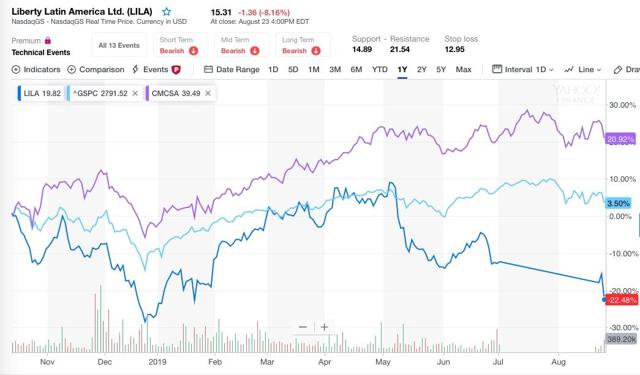 Chief Investment Officer Andrew T. Feldstein acquired 48,279 shares of this insurance company, paying $47.71 per share for a total amount of $2.3 million. Mr. Feldstein increased his stake by 19.77% to 292,479 shares with this purchase.

Director Peter Kamin acquired 799,490 shares of this home improvement products retailer, paying $1.65 per share for a total amount of $1.32 million. Mr. Kamin increased his stake by 32.58% to 3,253,394 shares with this purchase. 361,402 of these shares were purchased indirectly by various trusts and entities.

Chairman and CEO Sardar Biglari acquired 1,971 shares of this holding company, paying $511.47 per share for a total amount of $1.01 million.

Unlike most purchases filed by Mr. Biglari that are indirect purchases by either the Lion Fund or Biglari Capital, this time he bought these shares directly for his own account.

You can view the full list of purchases from this Insider Buying page.

Shares of Uber were sold by 2 insiders:

Director Scott J. Vassalluzzo sold 750,000 shares of this business services company (operator of Vistaprint) for $135.00, generating $101.25 million from the sale. These shares were sold indirectly by various entities.

Executive Chairman Min H. Kao sold 986,080 shares of this GPS manufacturer for $93.78, generating $92.47 million from the sale. These shares were sold indirectly by Mr. Kao’s children.

Executive Vice Chairman Hamilton E. James sold 553,700 shares of this asset management company for $51.77, generating $28.66 million from the sale. These shares were sold indirectly through a trust.

You can view the full list of sales from this Insider Sales page.

Disclosure: I/we have no positions in any stocks mentioned, and no plans to initiate any positions within the next 72 hours. I wrote this article myself, and it expresses my own opinions. I am not receiving compensation for it. I have no business relationship with any company whose stock is mentioned in this article.