Wells Fargo: Buy The New CEO With A 15% Yield

Last week, Wells Fargo (WFC) announced the hiring of a new CEO after going seven months with an interim CEO since the departure of Tim Sloan in March. The hiring of an outsider should help the bank escape regulatory purgatory since the uncovering of the 2016 account fraud along with other issues. My previous bullish investment thesis on the 15% net payout yield is reinforced by the hiring of a strong outside CEO from the financial industry. 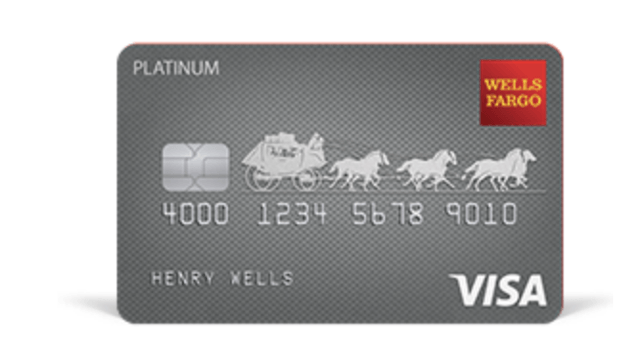 Wells Fargo hired Charles W. Scharf away from Bank of New York Mellon (BK) as their new CEO. Mr. Scharf stars on Oct. 21 and had a previous stint as the CEO of Visa (V). The CEO will be based in New York after leaving Visa in order to work in New York and away from San Francisco, so the only major concern is this travel requirement. He was the CEO of BNY Mellon since his hiring on July 17, 2017 and was previously the CEO of Visa from October 2012 through December 2016.

The stock returns under has leadership have been mixed. BNY Mellon far underperformed the S&P 500, but the general banking sector was weak during his short tenure. Still, the KBW Bank ETF (KBW) easily beat BNY Mellon in his couple of years at the helm of the financial.

The returns of Visa under his leadership were strong, but the stock generally performed inline with competitor MasterCard (MA). Of course, the suggestion is that these two stocks of his two CEO positions generally traded with or below the peer industry during his tenures.

The new CEO starts under a Federal Reserve-imposed asset cap of $2 trillion that has hindered Wells Fargo’s ability to grow its balance sheet. His first major step is to work with regulators to remove this cap holding back revenue growth.

The other prime focus of the CEO is investing in technology to improve operations while reducing operating costs like the rest of the banks. Wells Fargo has a very high efficiency ratio due to the high costs of the past sales practices no longer mirrored with strong revenue growth.

Wells Fargo traded weak following Q2 results as the CFO discussed operating costs higher than expected due to technology investments. The initial goal was for Wells Fargo to get costs down ~$2 billion during 2020, but the company still needs to spend on compliance, risk and audit improvements.

Fortune detailed how the new CEO was brought into BNY Mellon for his technology expertise at Visa and Wells Fargo clearly needs help in this area.

The difference here is that the analyst community is very bearish on the 2020 EPS prospects of Wells Fargo while expecting all of these other large financial institutions to generate EPS growth in 2020. With a massive stock buyback program, the bank would be looking at some large net income declines to generate a $0.13 EPS dip. Analysts forecast JPMorgan, Bank of America (BAC) and Citigroup (C) to all generate EPS growth in 2020.

The interest rate environment is tough, but Wells Fargo should be able to use the large buybacks to offset the downside of the asset cap and higher technology spending. Even the tech spending should be offset by lower operating expenses.

Per interim CEO Allen Parker, Wells Fargo has a reasonable expectation to reduce the efficiency ratio to the 55% level of JPMorgan. The bank has $53 billion is targeted annual operating expenses in 2019. For Wells Fargo to get to an efficiency ratio of 55%, the large financial would need to eliminate $7 billion in annual costs.

Of course, the easier path is to improve the efficiency ratio via revenue growth. Assuming slight revenue growth in 2020 to $84.0 billion, Wells Fargo would need to reduce the operating expenses to $46.2 billion for a decline of $6.8 billion.

Assuming a similar share buyback approval for during the 2020 CCAR, Wells Fargo would repurchase another 231 million shares by the end of 2020, reducing the share count to ~3.8 billion by the end of the year. Of course, the average share count reduction from 2019 to 2020 would be somewhere around 10%. Wells Fargo just needs to achieve a flat net income figure to achieve substantial EPS growth.

Long term, the large financial has the potential to drastically improve the efficiency ratio. When one considers the annual benefits in the $7 billion range and a share count headed below 3.5 billion shares by 2021, one can easily view the EPS benefit of the cost reductions alone approaching $2 per share. The share reductions add another annual 10% boost to EPS.

Ultimately, the net payout yield (dividend yield + net stock buyback yield) continues to signal the extreme value in the stock. The BOD knows the potential for a substantial boost to long-term earnings and the company has extra capital without the ability to grow the asset base. The end result is a stock offering shareholders a very large 4.1% dividend yield and a very uplifting net payout yield of 14.8%.

The key investor takeaway is that analysts appear far too pessimistic on the 2020 prospects of Wells Fargo. The large financial continues to provide the signal to alert investors on the disconnect as the company drastically reduces share counts while having the potential to dramatically improve net income via an improved efficiency ratio.

The stock will trade volatile as the new CEO outlines plans to escape regulatory restrictions and goals for improving operating efficiencies. Ultimately, the company has two major catalysts for driving EPS significantly higher for an already cheap stock.

Disclosure: I am/we are long WFC. I wrote this article myself, and it expresses my own opinions. I am not receiving compensation for it (other than from Seeking Alpha). I have no business relationship with any company whose stock is mentioned in this article.

Additional disclosure: The information contained herein is for informational purposes only. Nothing in this article should be taken as a solicitation to purchase or sell securities. Before buying or selling any stock you should do your own research and reach your own conclusion or consult a financial advisor. Investing includes risks, including loss of principal.

Crushing It: A NICE Investment…