Shares of Netgear (NTGR) have remained distressed for the better part of the past year now; the stock is down 30% from the highs it created in last year’s July. The company is lacking in short-term growth catalysts and I believe its shares will remain under pressure and can head lower from the current levels over the next two quarters at the very least. Let’s take a closer look. 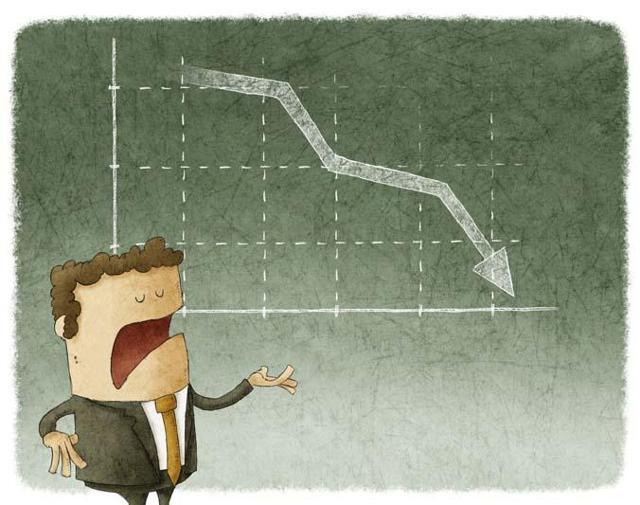 Let me start by saying that Netgear does indeed have a few growth catalysts lined up ahead that have the potential to materially bolster its sales over 2020 and maybe even beyond. The only problem here is that we realistically don’t know how big or small these opportunities are going to be, and when they’ll start to account for a meaningful portion of Netgear’s overall revenue.

For instance, there’s a new buzzword in the networking domain of late: Wi-Fi 6. This next-generation standard of wireless networking, also known as 802.11ax, is better than the currently leading 802.11ac tech on several fronts – throughput, bandwidth and power efficiency amongst other facts. The slide by Intel (NASDAQ:INTC), attached below, highlights the applications and benefits of Wi-Fi 6. 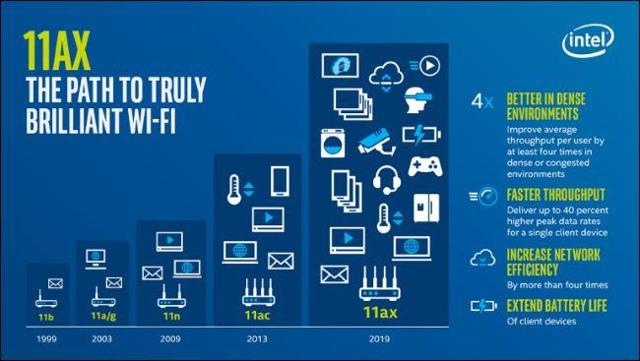 Now, Netgear is into the business of manufacturing and selling routers, so naturally, the industry’s shift from 802.11ac to 802.11ax would trigger an upgrade spree amongst retail and enterprise customers. This may result in higher shipments for Netgear. Besides, the new tech would naturally be sold at a premium compared to the dated 802.11ac-based products, which is dated and has more or less become mainstream by now, so the upgrade spree stands to also boost Netgear’s ARPUs in 2020-21. 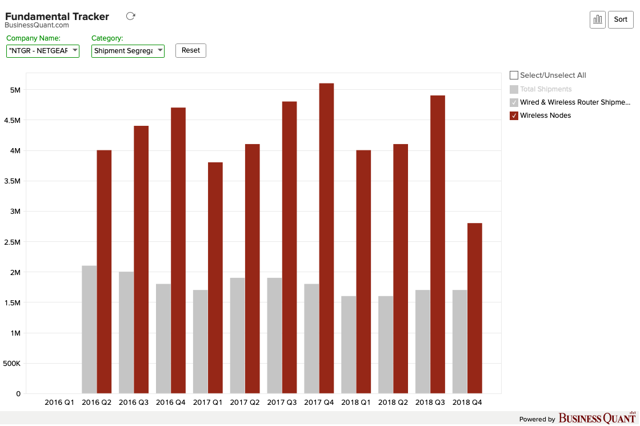 The industry’s transition to Wi-Fi 6 is expected to happen quite quickly, at least on fancy marketing slides and ambitious excel sheets. ABI Research forecasts that WiFi-6 routers would reach 1 billion shipments by 2022, within merely three years of its first commercial rollout. I’ll let readers decide whether this is a realistic forecast or whether it sounds too good to be true.

Besides, the transition from 4G to 5G wireless services over the coming quarters stands to enable a myriad range of IoT applications. This is another area where Netgear stands to benefit. The company recently announced the rollout of world’s first millimeter wave 5G mobile device and their management noted during their Q4 earnings call that they would be coming out with more 5G devices over the course of 2019.

During the fourth quarter we also announced the release of the world’s first millimeter wave 5G mobile, the Nighthawk 5G Mobile Hotspot with AT&T. It’s the first standard-based mobile 5G network device in the world and is available on AT&T’s mobile, 5G plus network for early adopters…You can expect more 5G related products from us in 2019.

But with that said, let’s also look at some of the challenges faced by Netgear.

For starters, the problem with Netgear’s 5G and Wi-Fi 6 prospects is that these two potential catalysts won’t start accounting for a material portion of Netgear’s revenue over the coming quarters. For starters, Netgear is still in the process of developing and rolling out Wi-Fi 6 routers. The commercial rollout of these products may begin in 2019 but we can’t expect it to go mainstream this year itself. I’m of the opinion that the mass adoption of Wi-Fi 6 routers will begin in 2020, once the new tech has made its way into consumer devices (phones, tablets, IoT devices), meaning we still have to wait for a few more quarters before the Wi-Fi 6 upgrade spree starts to bolster Netgear’s sales.

Not to mention, Netgear’s 5G business isn’t exactly expected to ramp exponentially right away either. When asked about the size of this business vertical during their Q4 earnings call, Netgear’s management noted:

…we expect that business, on average, to be at $35 million range. I think as it relates to 5G, I think, that’s tail end of 2019 phenomenon as the network gets fully rolled out as newer devices come out. But at this point, we believe it’s on average $35 million a quarter.

To put things in perspective, Netgear registered $288.9 million in Q4 revenue. This means that its $35 million worth of 5G business represents just about 12% of its overall revenue. Sure, the segment may turn out to be a huge revenue driver for the company over the coming years but we aren’t there yet. Also, as the management stated, its 5G-related revenues won’t be sizable during 2019 at least, so investors shouldn’t go overboard with expectations.

The challenge for Netgear and its shareholders would be that there aren’t any short-term growth triggers that can meaningfully drive the company’s growth over the next three quarters, or at least until its 5G and Wi-Fi 6 products start to become mainstream market products and subsequently revenue drivers for the company. I suspect the next few quarters would be dull for the company and its shares would languish along the way unless the networking giant comes up with a new roadmap that materially changes this sales outlook. 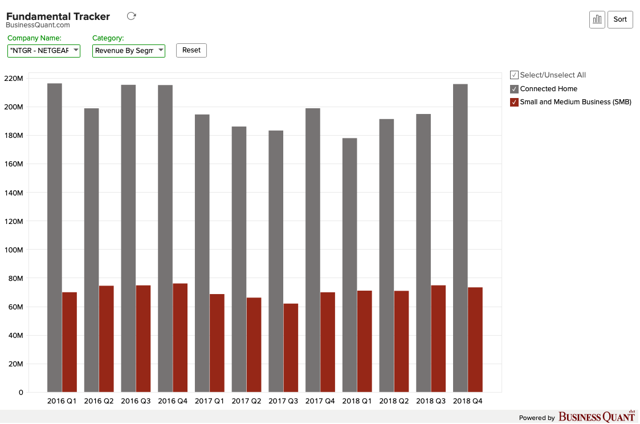 The chart attached above would highlight that Netgear’s revenue has been more or less range-bound if not stagnating across both its operating segments. One factor that can particularly weigh on its revenue trends over the coming couple of quarters is Amazon’s (NASDAQ:AMZN) acquisition of a mesh router company called Eero which is a direct competitor for Netgear. This development has twofold repercussions: 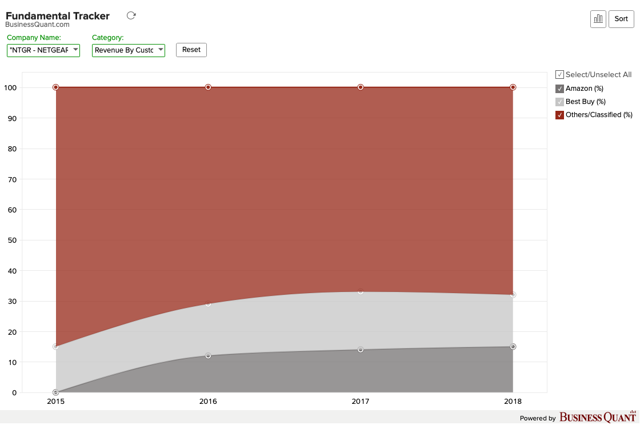 Granted that Netgear is a prominent name in the networking space but it’s currently faced with a few challenges for the time being at least. Only time will tell how big of an impact the Eero acquisition would have on its business, and when exactly its 5G and 802.11ax products would start to become a material growth driver for the overall company. As a result of this dynamic, I expect its shares to stay distressed over the next couple of months and forecast a rebound only beyond H2 CY19 if all goes as per management’s plan.

Author’s Note: I’ll be writing another report on Netgear this week, you can click the “Follow” button at the top of this page to stay updated. Thanks!